Hi everyone ! Today I’ll speak about The Wolf Among Us, a game available since 2013 (with the last episode available in July 2014) developed by Telltale Games (The Walking Dead) and distributed by Warner Bros and Vertigo. This game is a “Point & Click” or a “graphic adventure” by this kind grandpa Wikipedia. 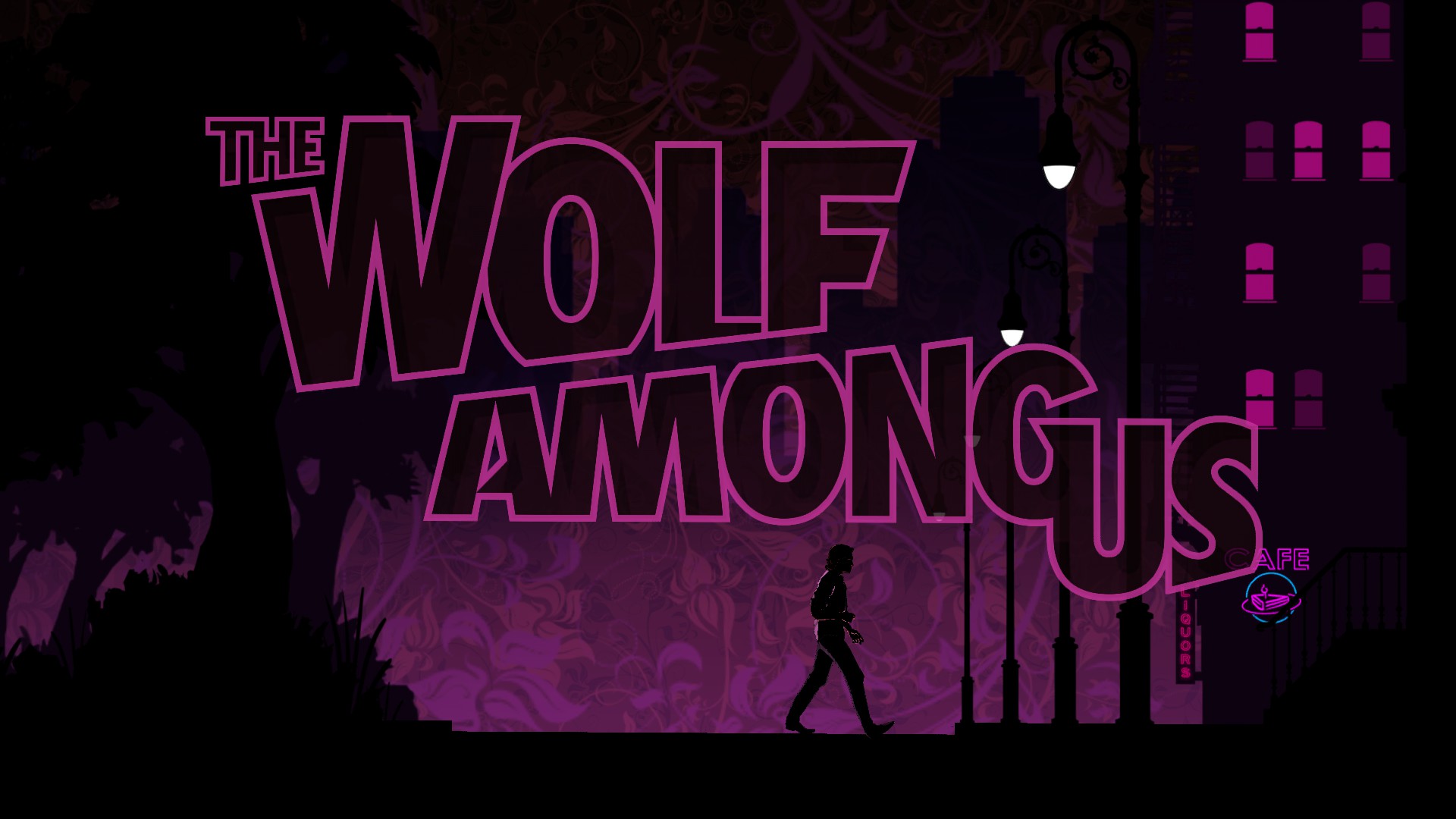 I’ll do a little introduction about this kind of game, not really known now. This style has been created in 1987 by Ron Gilbert who was working for Lucasfilm Games (became LucasArts) for the game “Maniac Mansion” which can be qualified of the first point & click game. So what it is? You’re asking me. Be patient, I’ll tell you in few seconds. So the game is composed with a graphic interface composed by text icons which give you actions your character can do. You just have to click on this icon and your character will execute it, easy isn’t it? But before that, video game was quite harder! Before you had to write the action you wanted to do, and you had to see the world as a developer which is not easy. For example, you wanted to open a door with a key, so you’ll write “Open door”, right? But the game expected “insert key”. Awesome to be blocked just for that isn’t it? So it was a huge progress for the user experience!

GRANDPA, GRANDPA, TELL US A STORY :

“The Wolf Among Us is an adventure based on the comics “Fables” written by Bill Willingham. The Wolf Among Us is set in the year 1986, decades before the events of the first issue of Fables. For years, many of the magical and mystical lands described in myth, legend, and folklore (known colloquially as “the homelands”) have been occupied by an enigmatic tyrant known only as the Adversary. To escape the Adversary’s marauding armies and totalitarian regime many creatures and characters known as “fables” fled to the mundane world  and created an enclave known as Fabletown in colonial America, now located in modern-day Manhattan. To mask their presence from the native humans (referred to as “mundies”) all non-human fables have to purchase an enchantment known as a “glamour” which allows them to appear human, or be relocated to a rural community known as “The Farm”. The reformed Big Bad Wolf, Bigby Wolf (voiced by Adam Harrington), is the sheriff of Fabletown and is responsible for hiding the community from the wider world and enforcing its laws.”

As grandpa said, Fables and The Wolf Among Us will relate the contemporary story of the fables tales we heard when we was kind and nice. However Manhattan changed them a lot… You’ll find a Big Bad Wolf addicted to the nicotine searching the way of the redemption, a White Snow near to throw up when she heard something about dwarfs, and I hide to you the worst part (I will not spoil you all the story, are you crazy ?). Don’t expect to live a fairy tale playing this game. And a lot of time during this game you’ll have this face (mostly at every episodes end) : 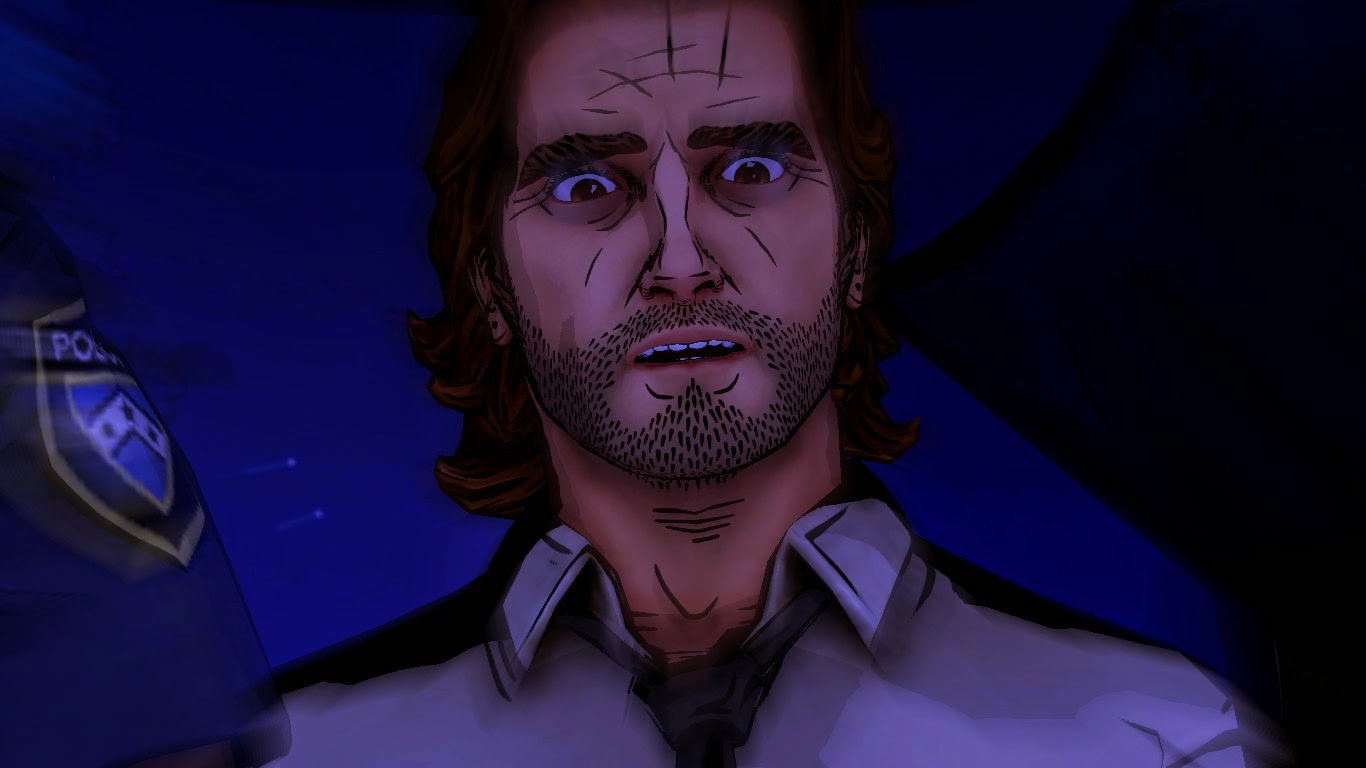 To keep the idea of a comic or a show TV, this game is cut by 5 episodes which everyone have an intro and a credit end. The Wolf Among Us is a kind of “Video Game Show” !

This game is a mix of point & click and quick time events, if you don’t know what’s the first one, I’ll break your face and the second one is a basic action during a cinematic from the player (I’ll explain better after).

We can cut the investigation moment with the point & click gameplay and the action time with the quick time events (QTE).

As I said before investigation phases will be played with the point & click mode. An image is more understandable than few words : 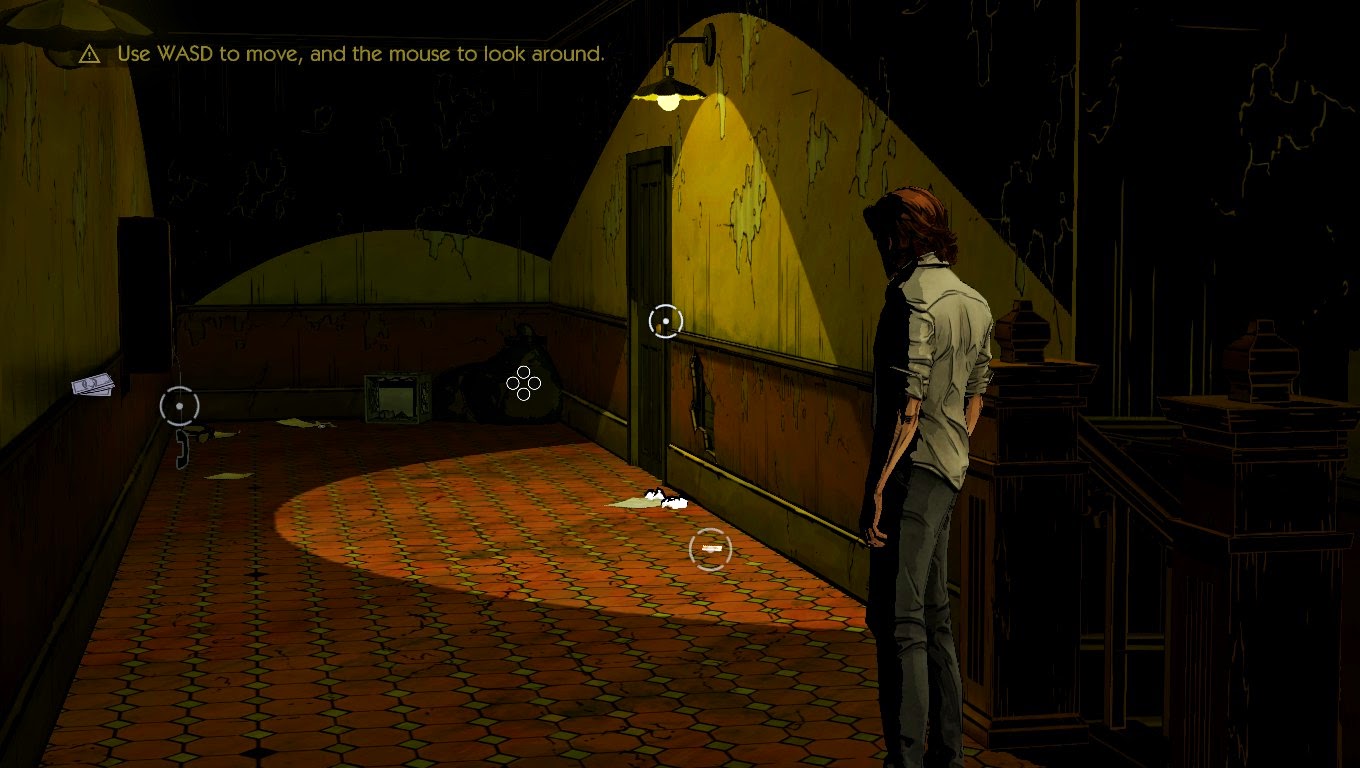 Here you can see you can interact with diferent element in the game as a phone or the door. You just have to click on it and Bigby will interact with it. You’ll be able to collect some items you’ll find during the game which can change some point during the investigation or be used by someone.

I did a brief introduction about the QTE. Let’s see what grandpa Wikipedia say about it :

In video games a quick time event (QTE) is a method of gameplay initial;“=”"} in which the player performs actions on the control device shortly after the appearance of an on-screen prompt. It allows for limited control of the game character during cut scenes sequences in the game. Performing the prompted action improperly or not at all results in the character’s failure at their task and often in an immediate game over

The term “quick time event” is attributed to Yu Suzuki, director of the game Shenmue which used the QTE feature to a great degree. They allow for the game designer to create sequences of actions that cannot be expressed through the game’s standard control scheme, or to constrain the player into taking only one specific action at a critical moment. While some uses of QTE have been considered as favorable additions to gameplay, the general use of QTE has been panned by journalists and players alike, as these events can break the flow of the game and force the player to repeat sections until they master the event.

Thanks grandpa, it always sounds better from you. So, you’ll have the pleasure to participate to some Bigby’s fights as break the face of the woodsman : 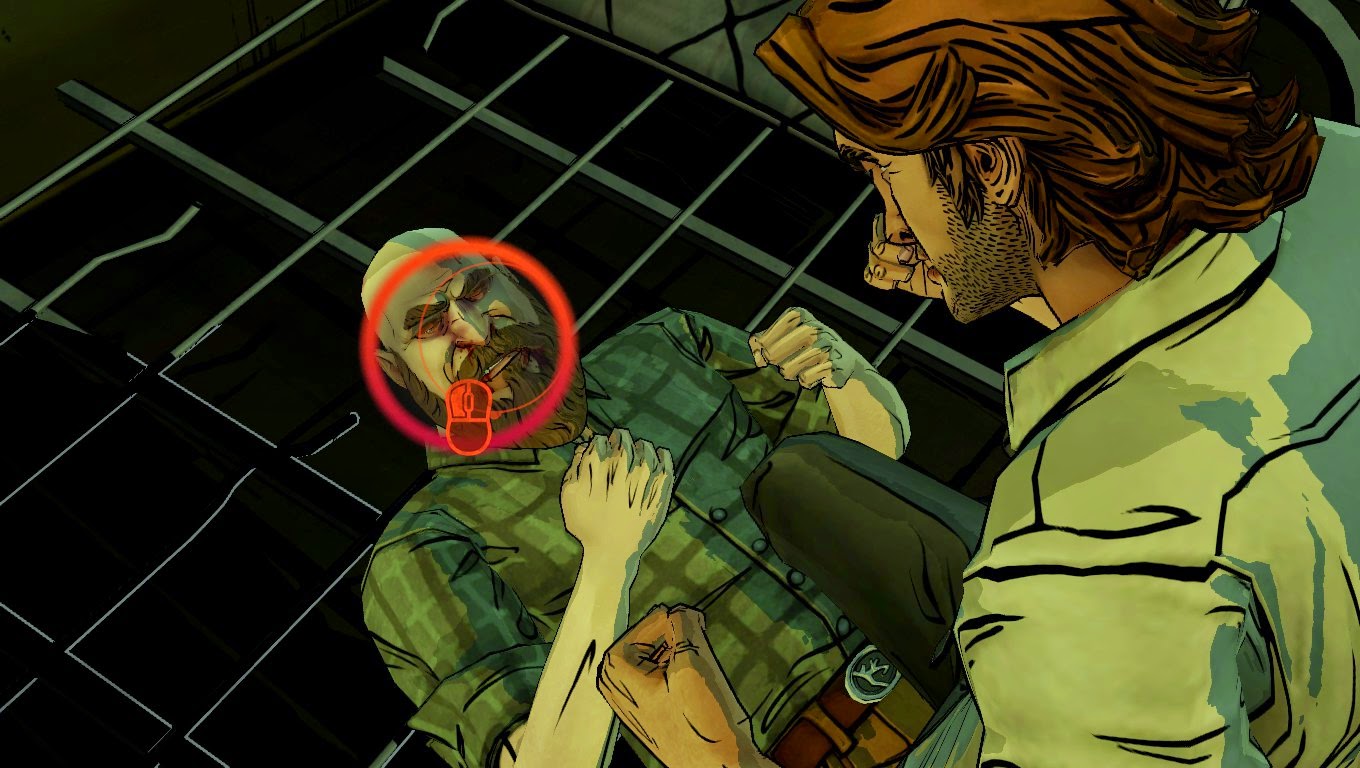 But even during QTE, every choices you make will change the story as during dialogues phases. 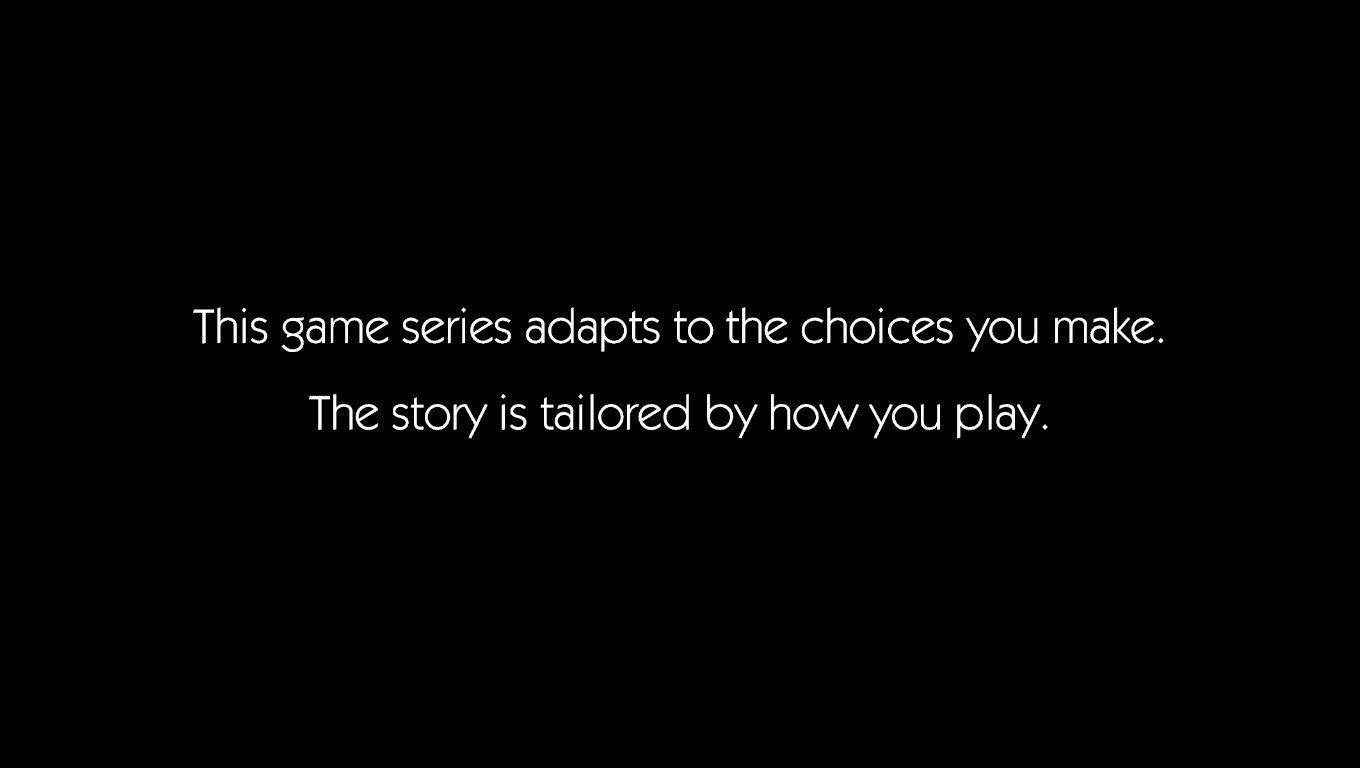 I have to admit I loved it ! You’ll be the master of this adventure and your choice will change your game experience. So you’ll be able to choose if Bigby will be the worst guy ever or a Big Bad Wolf in the way of the redemption. But be careful, silence is a way to respond, so don’t be too low to respond or you’ll not be able to it (sometimes the time allowed to respond is quite small) ! And every response you’ll choose will have an influence on the relationship you’ll have with every character. 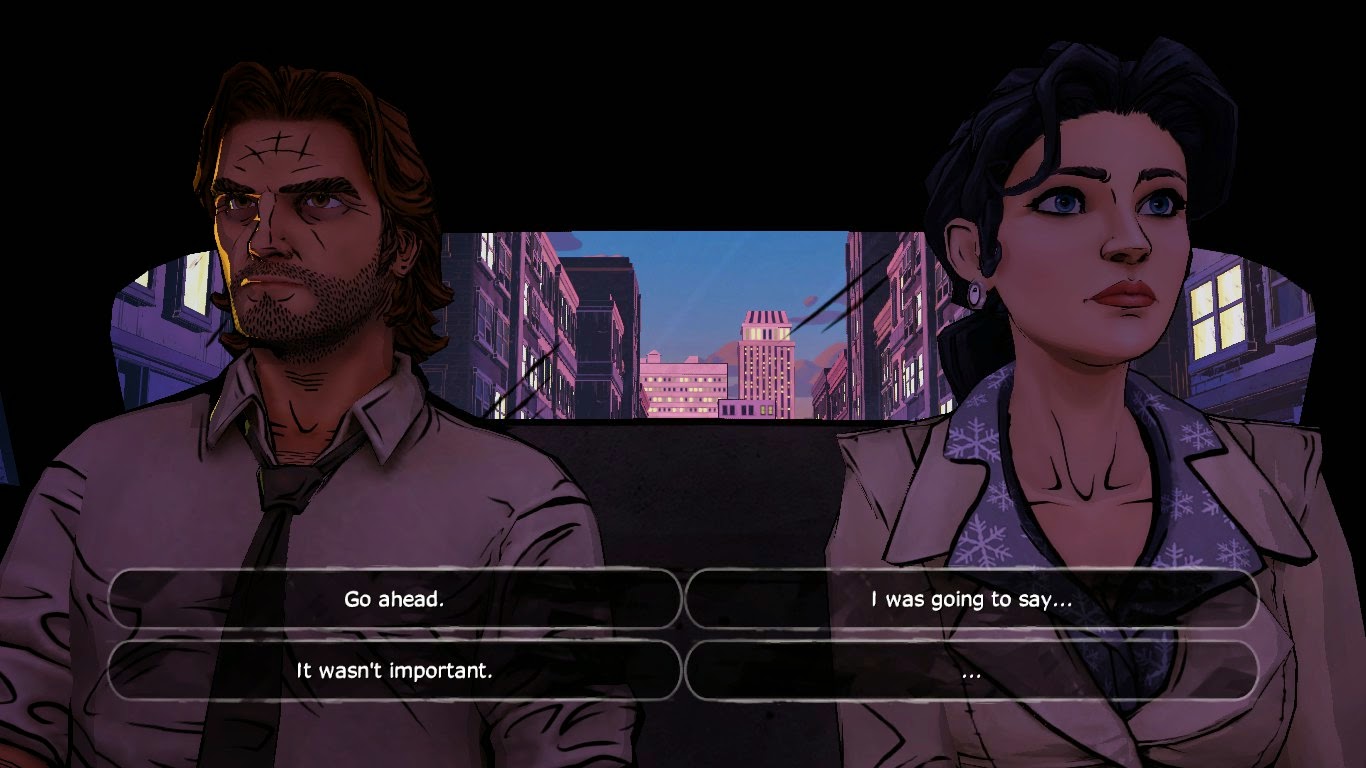 The graphic universe use the cartoon style we can meet on games as Borderlands or The Walking Dead. It’s not as the comic universe you can know if you’re reading the “Fables” comic but this new style is a good choice from the Telltale studio because they can play with dark atmosphere in the story and show some gore moment without hide something. The cartoon style give a lighter way to this atmosphere quite hard to live. About the specifications for this game, you’ll not need a gamer PC to have beautiful graphics, mine is 5 years old and it works perfectly in High. (GPU: Nvidia GT325M if you’re interested). So even if you’re young or quite sensible, don’t be scared this game is survivable thanks to this king of graphics ! 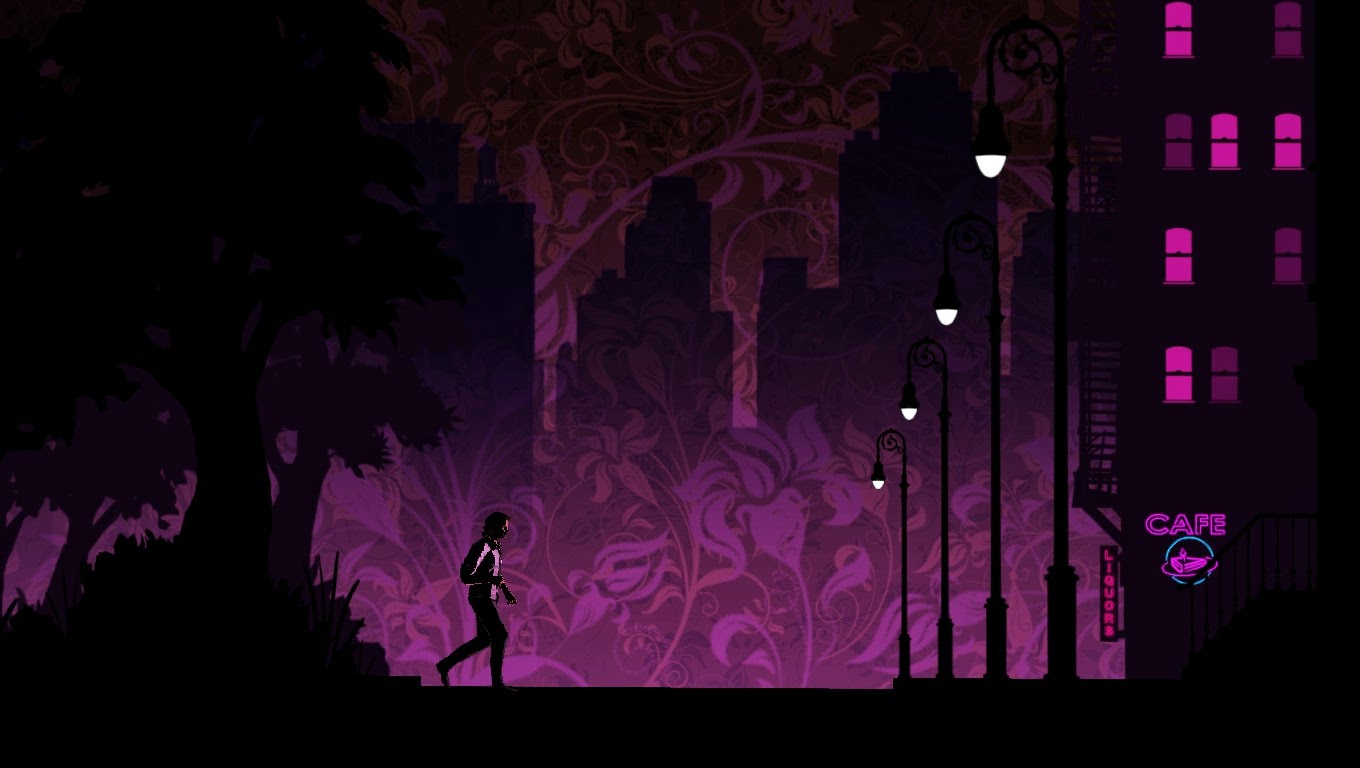 Yeah, I’ll try to not put a screenshot quite gore, I don’t want to spoil you or even make throw up (I’m the nicest guy you ever met, I know) !  If you didn’t have enough, here’s the like to my screenshot gallery of this game (episode 1 et 2):the galerie.

The Wolf Among Us is a good adventure/Point&Click game. It’s story is just amazing, I could not stop to play until I finish the story ! I played the 5 episodes during 8 hours (one day). If you like thrillers, fables or just video games, this game is for you !!