Hollow knight is a game built by team cherry thanks to backers in kickstarter. It has been released in march 2017 and received good scores in metacritic (86 by the press). Recommended by one of my friends, I decided to have a look as it costs around 15 euros or 10 pounds.

At the beginning, nothing will explain you the quest you have and what you’re doing there. Which is really interesting as you will learn more and more about why you there more you explore and play the game.

What you just know is that a terrible thing happened in the kingdom and all the bugs started to get crazy. You decide to explore the world to find the reason and to fix it.

The universe is just fantastic. You feel totally into it as the graphism are cartoon style and really well made. You are in a ‘bug’ universe where a terrible incident happened. You can feel it as their’s no much color in the kingdom which is a bit depressing at the first sight. For example: 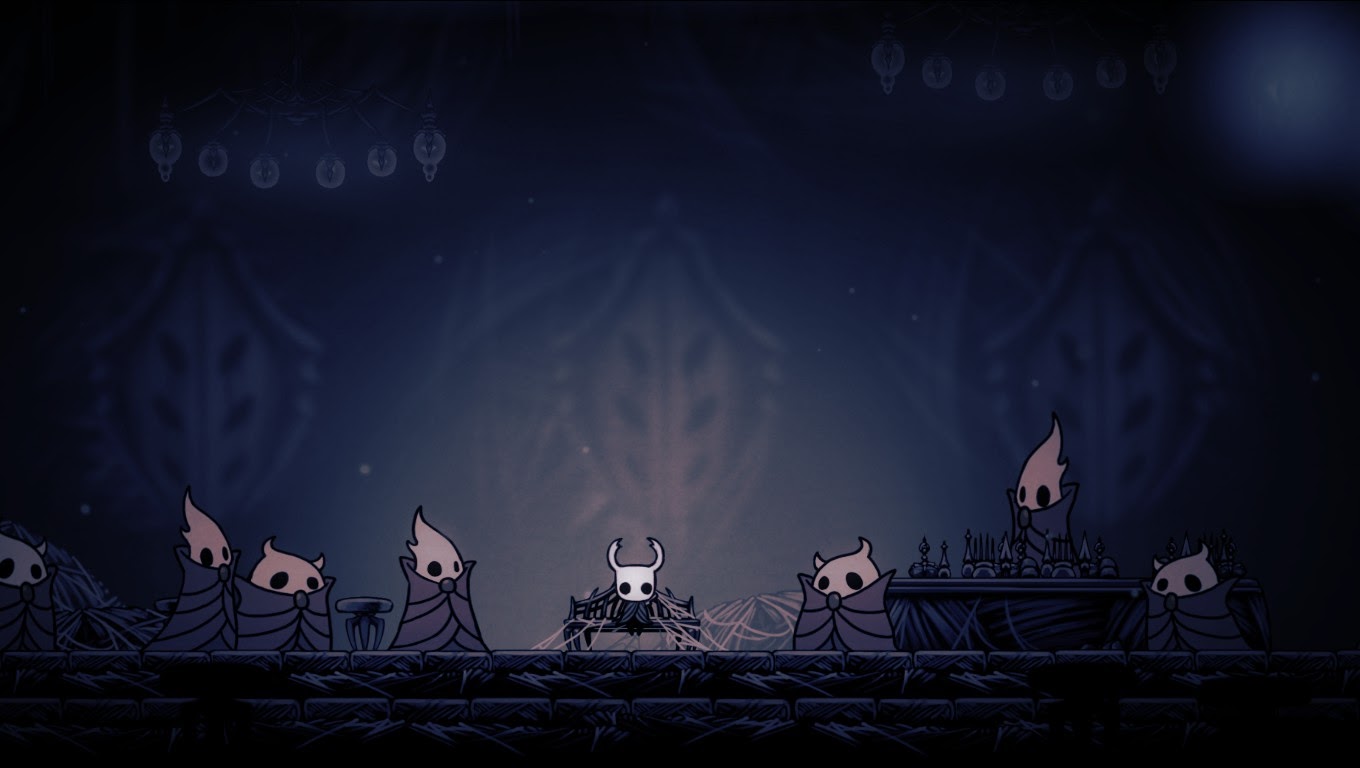 But more you will explore and more region and atmosphere you will discover such as greenpath. 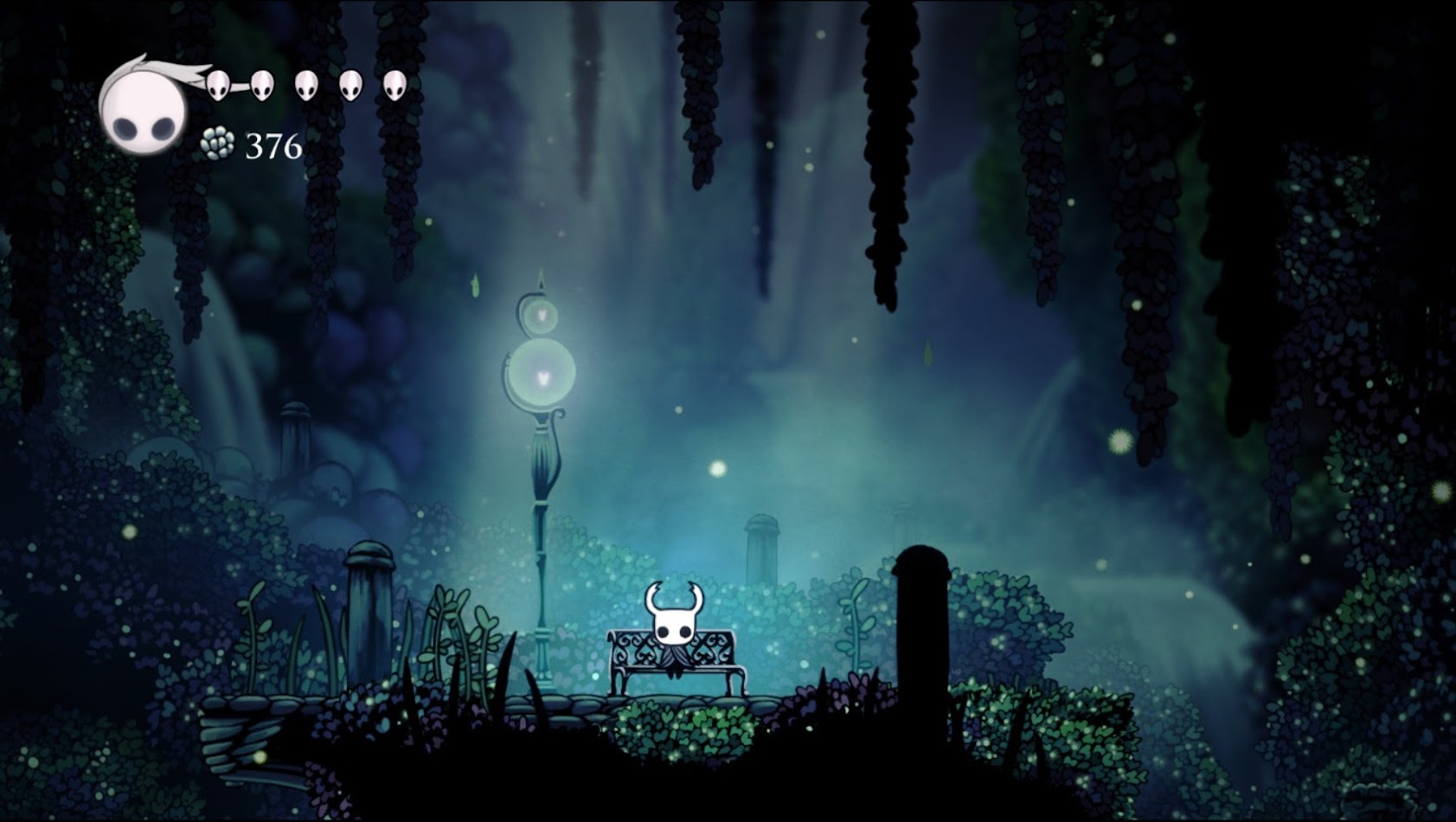 But what’s amazing as well in the game is the link between the environment and the music. You will have epic music during epic battles, resting music during youre resting time in hot sources. The atmosphere is just well really well made and you get so easily into it.

The whole game is separated between two phases, exploration and action.

Every new region is undiscovered and you will need to explore every little piece of it to discover new skills, life or even friendships. 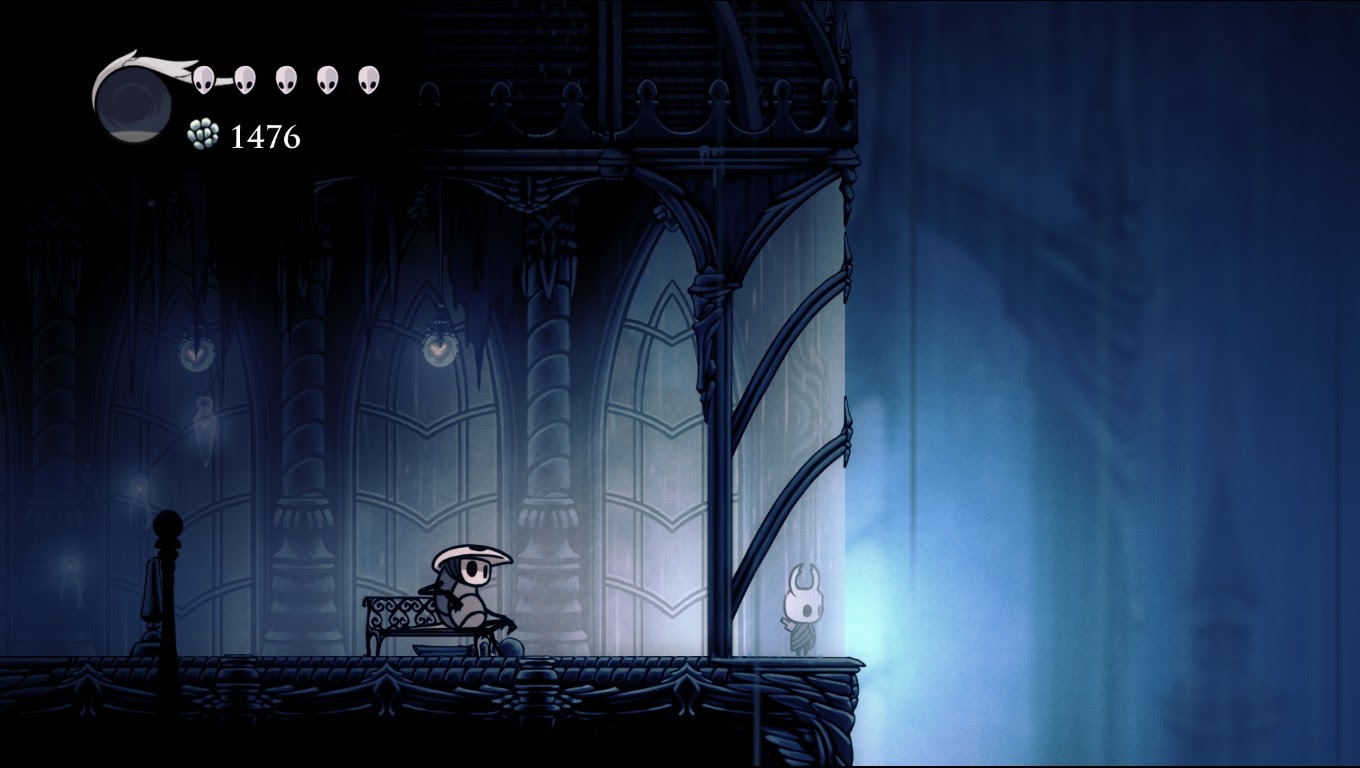 So the exploration is really important (and quite addictive I have to admit) as you would get more powerful if you’re investing time into it. As well the exploration will reward you every time, as tones of items are placed in the world. So don’t be scared to go in unknown places. 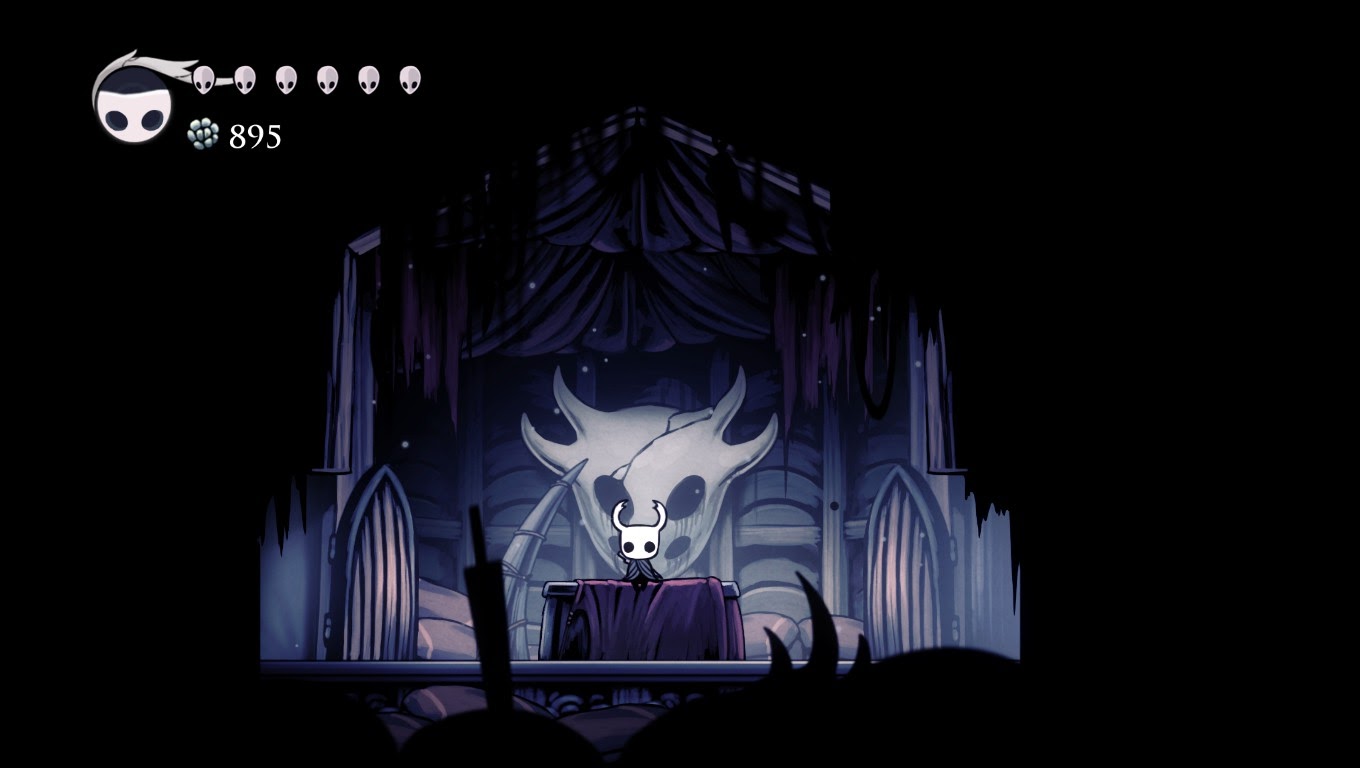 As there’s no help and you decide where you want to explore you might explore the world differently as one of your friend would have done it, where sometimes you might struggle to defeat a boss as you did not get a specific power or skill.

The gameplay is between metroid, castlevania and rogue legacy. It is just amazingly based on your skill and how you master the different skills of the Vessel.

Everytime you got touched, the screen gets darker for a second and everything get slowers, making you realizing you’re getting closer to death, but might confuse you as well as you can loose the ‘rythm’ during a boss fight.

So speed and dodge are the master key to survive in the bug land. Lat point, the game is hard, not incridibly hard but you will have to pratice some of the bosses strategies to faint them.

I wanted to show you directly how the game is tough and awesome to play to!

In the video you can see at the beginning some charm configuration as they are the only thing you can personalize in function of your skill or the situation, (I was a bit struggling to be honest). After that you can enjoy some tries against the boss… (Yeap that’s not an easy game)

To be clear, this is a must buy. The universe is amazing and really deep giving you a good reason to explore as you want to know more and more of the game background. if a note needs to be given, i would give it 100 grubs out of 3 mantis lord.