Long time, no see Nintendo! It still surprises me by evolving the gaming experience and Ring Fit Adventure is one of those bet that Nintendo took and works amazingly well. One of the main selling point of the Switch was their amazing controller that could be fitted anywhere. I remember before the Switch got released, people were getting crazy about the accessories that could get created with this new system. Who could have thought that one of the most selling game would be the new version of the Wii Fit? 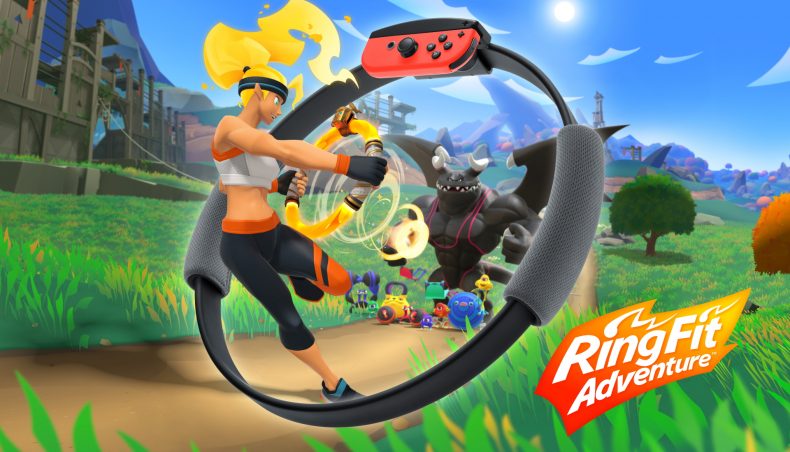 As you might know already, the Ring Fit Adventure game can't be played without it's accessory the ring. 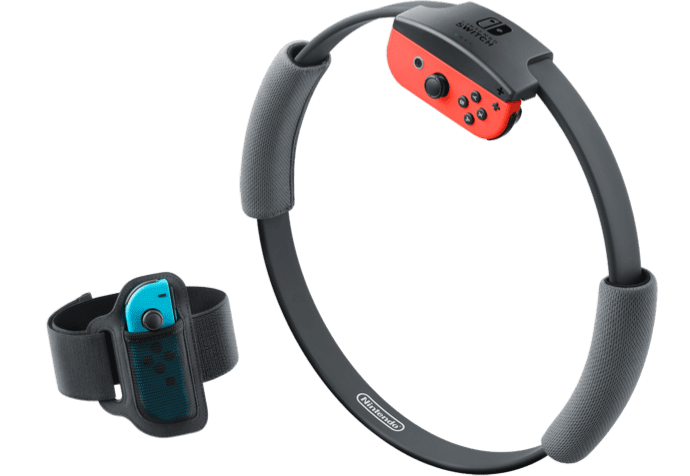 The ring is a device where you install your joycon and press it to trigger an action. At first, you might think that apart from pressing the ring, there's not much to do… However, the Nintendo team succeeded to include more than 40 different exercises to this device! As well, you need to couple the ring with a strap to your leg to detect running activities or if you're sit down on the floor etc… To be honest, I was a bit unsure on the recognition of your movement but it works really well! Most of the time I thought the game was not recognizing my movements were because I was doing the exercises wrong. As well, the game reward you by giving massive punches / hits to the ennemies if you do the exercises properly. The ring con will vibrate way harder, your avatar will turn into a super sayan and the hit given to the ennemy will sound like you broke his face in two. At the opposite, if you're not going down enough during squats for example, you'll do less damages and the hit will sound like a slap rather than a punch.

PRO TIP: Wear a pair of leggings rather than a short so the strap does not move / fall)

Let's be clear, the story is not the main selling point of this game. The story starts with you waking up in strange lands. A ring is weirdly calling for your help. It apparently got sealed. You decide to break the seal with your massive muscles, when suddenly you realise that Dragaux, a dragon filled with dark influence escaped from it. The ring starts suddenly talking to you, saying that Dragaux was defeated a long time ago by the Ring itself but to seal Dragaux, the ring gave all its strength away and will need your help to stop him from spreading his dark influence.

That's where the guilt trip starts… 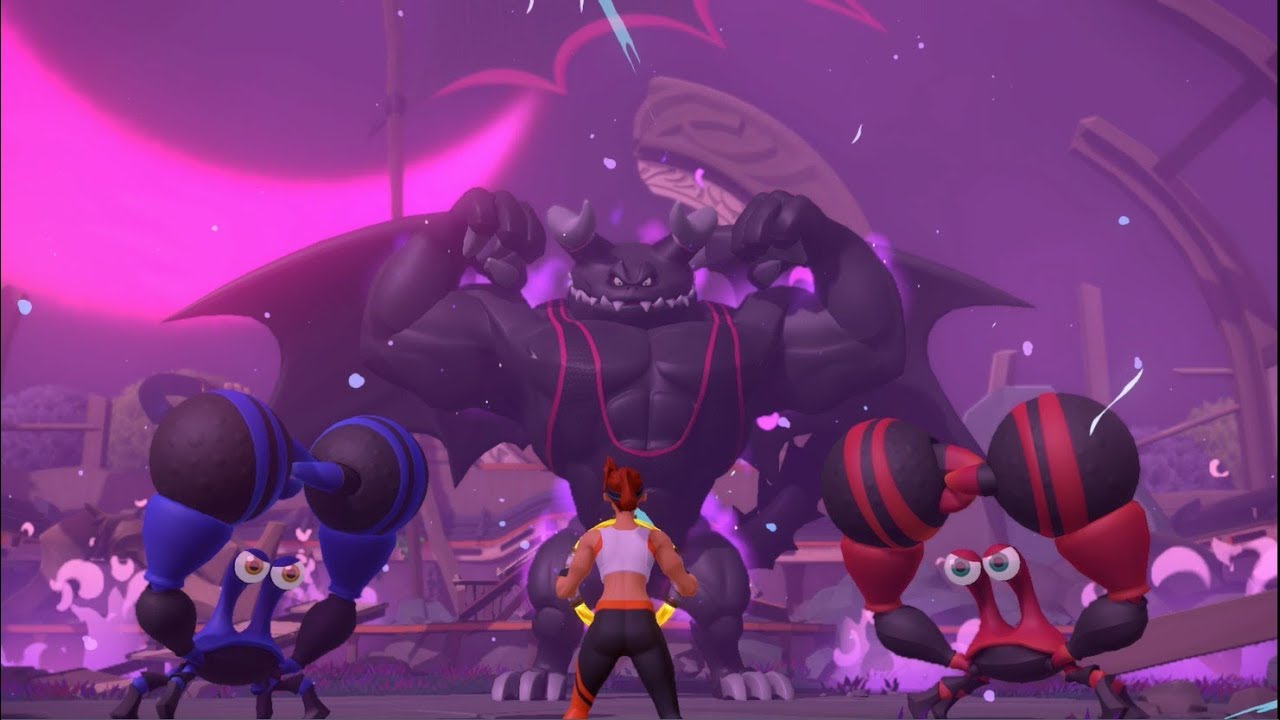 Apart from the cliche beginning, the world around the adventure is well thought.

You make smoothies as you would make potions in a normal RPGs, ennemies are gym accessories, your armor is nothing more than your training outfits… What's really good is that they adapted ALL the concept of a RPG.

And the main one. The role playing experience. Have you ever dreamt of playing Link and swinging your sword around? I did. Ok, it's not as cool as a sword but you'll still have the same feeling. The one that your actual actions affects the environment and ennemies. The most impressive one is that exercises have different strength against ennemies and some of the hardest attack will inflict more damages. So harder the exercise the more damage you do, and that's when the strategy comes in because you can't fire all those strong attack because your body can't take it. Does not fill like some heros on DBZ/Naruto/One Piece? 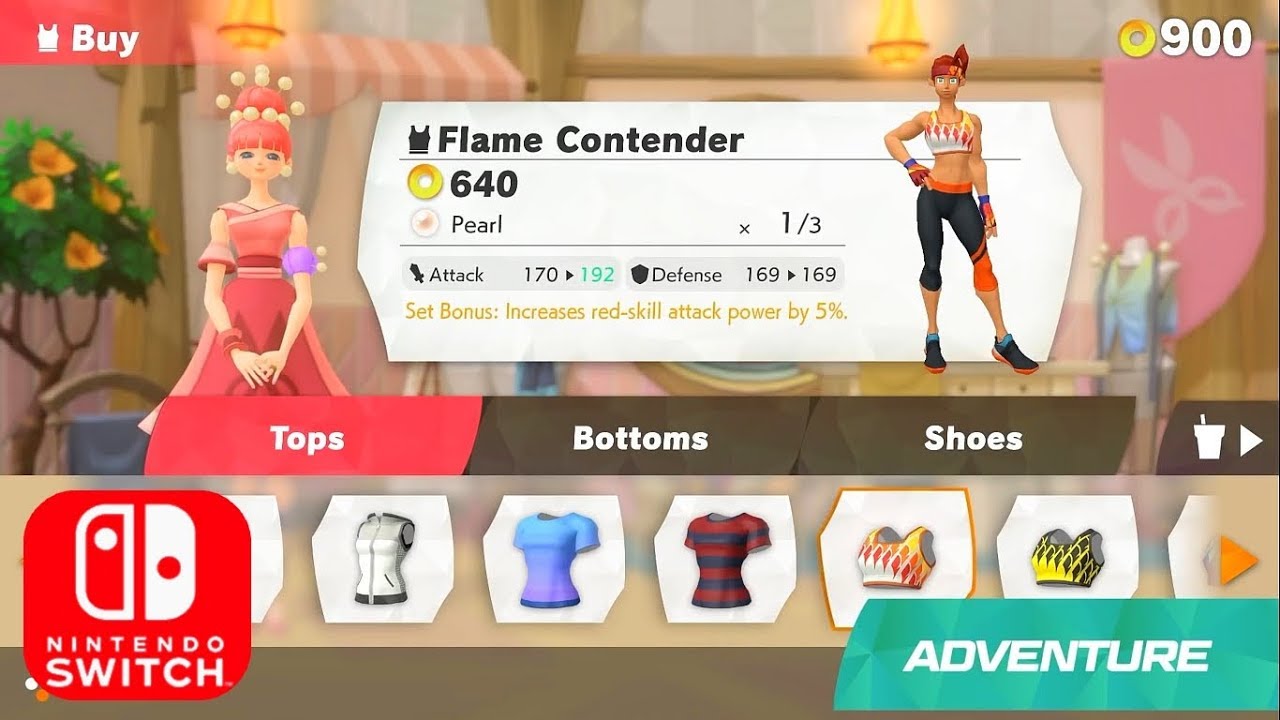 To gamify even more physical activities, Nintendo added mini-games to the list. This way, you can invite some friends for a drink, play "who can do the more push-ups" and have some fun! Just kidding the mini-games are actually pretty fun and the list is well furnished: 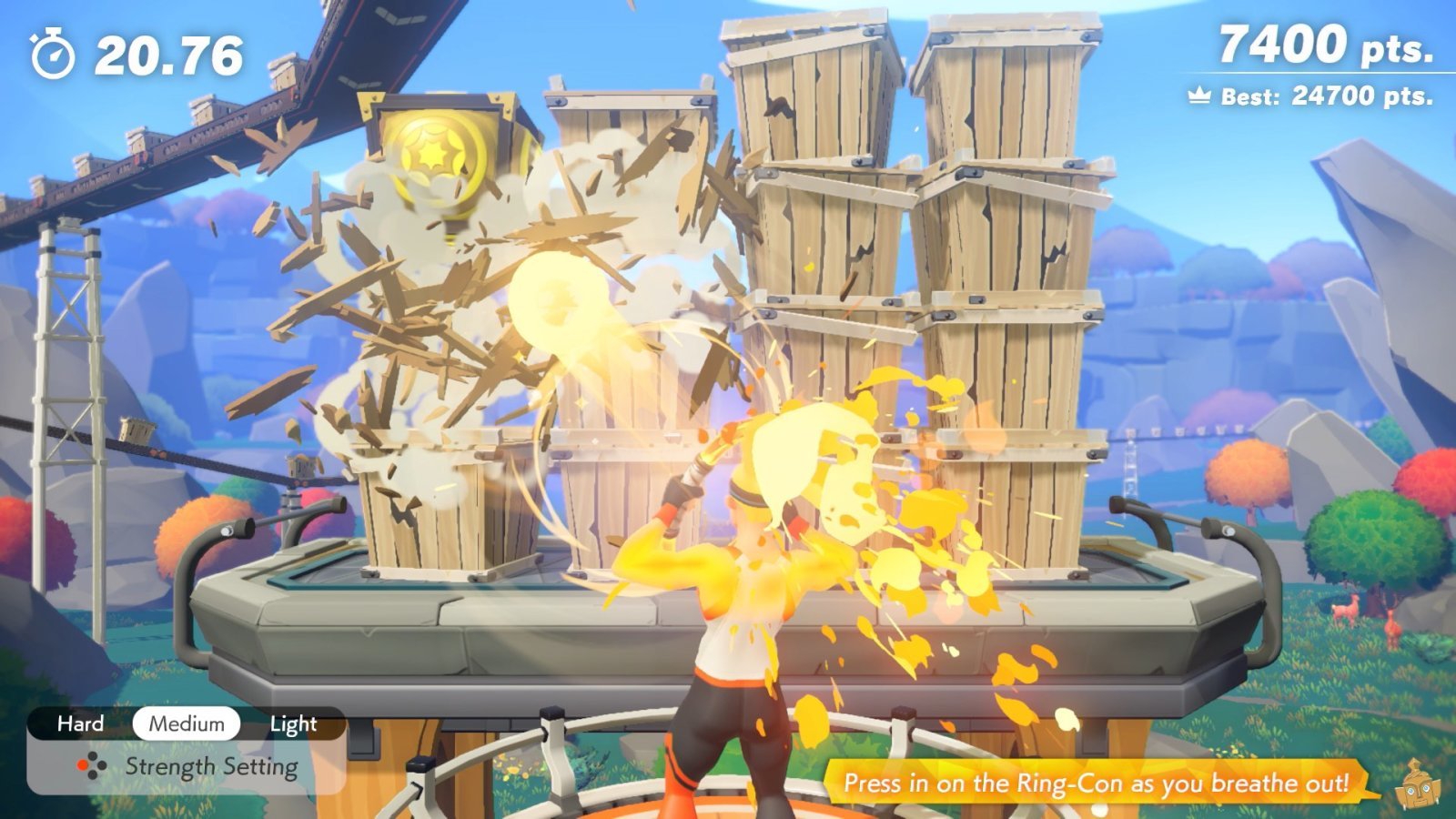 How could we speak about RPGs without speaking of farming/grinding? The game gets some mechanics of classic RPGs, as it's not open world, you would farm specific levels to gather ingredients to make smoothies. You can even grind XPs but the game and your training will get easier, do you really want that?

Definitely not. The game will strengthen you a lot, working on your core, posture, legs and many other parts. However, if you stick to the adventure, the game will not push you too hard. Between exercices, you'll have dialogues to rest. As well, the game will make sure that you work on all the parts of the body, so you'll end up with a well rounded shaped body. But nothing like our boy Arnold. You'll look like Jet Lee. And let's be honest, I'd prefer that 😄.

However, you can stick to exercises if you do not enjoy the adventure that much. This mode will look like a gym session. You can pick up the specific parts of the body you want to work on and focus on them.

The exercises are categorised in 4 themes: arms, legs, core and yoga.

I guess you understood all the different categories but let me enumerate some of the exercises you could find in the game:

I suppose that with this title, you're expecting to see some results.

Unfortunately for you, I will not share any picture before/after but just tell you what happened.

I seriously saw my body becoming sharper. Even if you do not loose a lot of calories per day, if you stick to it every single day, you can see that your body is getting use to it. And I got happier overall. As I run quite a lot, my legs are well defined at the opposite of my greasy trunk. In 30 days I could see my triceps getting more and more defined. Same for my abs where I got some lines back.

A point that you might not consider is that you'll work a lot on your balance which was my nemesis. At first I could do only two or three repetition of the tree exercise but now I am able to finish the 12 repetitions half of the time!

As well, as you start exercising more regularly, you look at bad habits differently. For example snacking. As I don't want to waste the pain I had in the morning or I had the previous evening, I'd get a fruit rather than a snack.

In case you have some doubts, you can find all my activities on https://www.strava.com/athletes/13218564

To finish, if you plan to get the game to loose a lot of weight, I would recommend to setup one running session during the week to focus on loosing fat and the others building strength with the ring fit.

To be honest, I love this game.

It literally brings the gym into your switch. It's the perfect mix between a video game with a nice accessory (I was not expecting sweating so much with this bloody ring) and sports.

You can adjust the difficulty to your fitness level and focus on getting better. Finally a RPG where you are actually the hero 🍾 (to drink with moderation, of course).

So if you're new to fitness, an afficionado or just curious, I highly recommend you to get it! It will help you create habits and a daily routine which can change the shape of your body 😄.

However, this post is not responsible for your daily addiction of exercise.